Join Our Newsletter
Shop Our Store
MAIN MENUMAIN MENU
By Joshua Gillem on April 29, 2020 in DGU 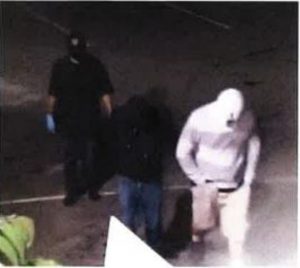 Here is surveillance footage of the three males just before they entered.

Lindsay, California — Lindsay Police responded to a call of an attempted robbery at about 10:40 PM this past Sunday. The store is located in the 700 block of Honolulu Street.

A liquor store clerk was confronted by three males in an attempted robbery. One of the males pulled out what looked like a gun, causing the store clerk to draw and open fire with his own firearm.

The male, who turned out to be a juvenile with nothing more than a replica gun, was shot. He was taken to the local medical center by authorities and was listed in stable condition. He is expected to make a full recovery after undergoing surgery for his injuries.

The two other suspects the juvenile was with are believed to be in their late teens to early 20s and described as “Hispanic looking” males. They fled the scene and, by last reports, have yet to be found by police.

If you have any information, please contact the Lindsay police department.