Join Our Newsletter
Shop Our Store
MAIN MENUMAIN MENU
By Jacob Paulsen on September 15, 2016 in News 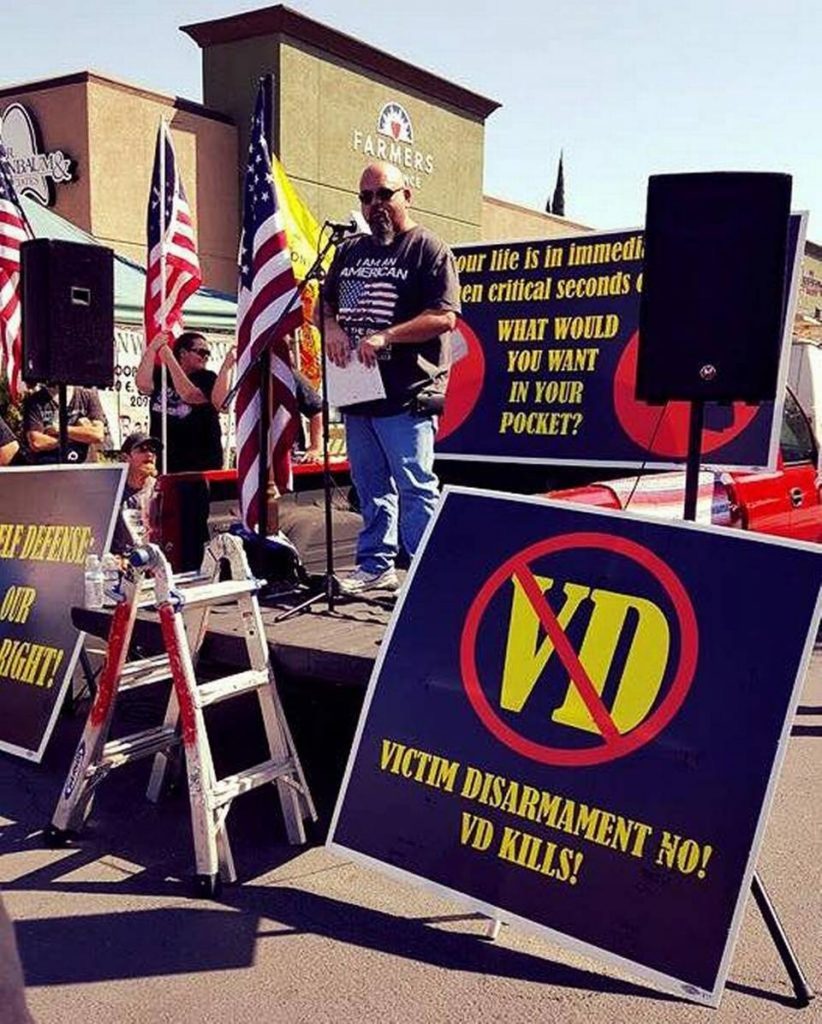 In Modesto, last Saturday, a crowd of 500 people gathered along McHenry Avenue Carrying signs with messages including “No more gun laws,” “We will not comply” and “The 2nd Amendment: America’s original homeland security.”

The rally began at 9 a.m. and lasted into the afternoon. Lots of drivers honked their horns or gave thumbs up, Turlock resident Daniel Fagundes said. “We had one or two come by and flip us off, but that was it.”

A petition to help get referendums on the ballot to overturn gun-control measures signed by Gov. Jerry Brown in July gained about 300 signatures at the rally, Fagundes added.

All Americans have the right to self-defense, and to use firearms for sporting, hunting, and competition, sheriff Christianson told the crowd, in a speech. But those freedoms sometimes come under fire. “We should be electing people to the state and federal government who represent our interests and are more concerned about the people than their own self-serving interests,” he said.

There’s a lot of gun legislation being introduced in Sacramento, Christianson said. “None of it, in my opinion, brings a greater level of safety to our community because, really, the only thing it affects is law-abiding citizens,” he said to loud applause. “As the sheriff, I’ve said all along that I’m not going to turn law-abiding citizens into criminals. There’s already plenty of criminals in our community – my jail is full, so there’s no room for any of you.”

He later added, “When we run for office and go to serve the public, we swear an oath to defend this nation from enemies foreign and domestic, and that is up to and including a tyrannical government. Our founders got that, that’s the reason why they put the Second Amendment there.”

As a follow-up to the rally, Fagundes said he’s planning a march in October that will begin at Costco, make its way to Vintage Faire Mall, head up Standiford Avenue.