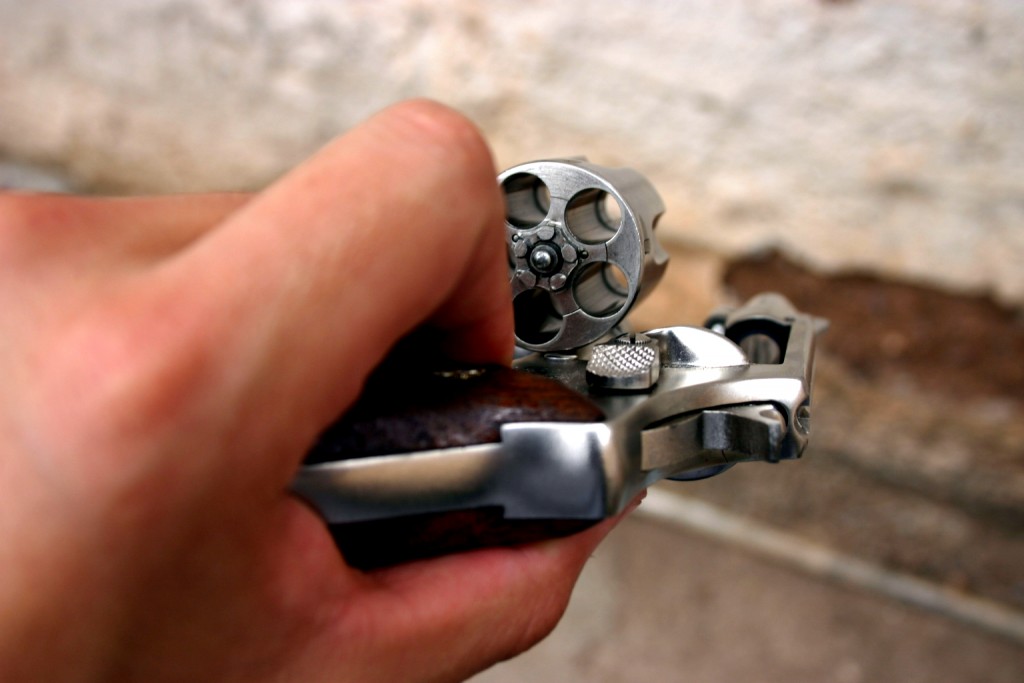 In the heat of the moment, when you are faced with a crisis how you maintain your composure is important. Reading a situation correctly and knowing the time to draw your weapon and fire it is a skill that you need to learn or it could end up with you going to jail or possibly worse.

We have covered many stories about shopkeepers defending themselves from armed robbers over the year, but the case of Elias Aguilar, the owner of a Bakersfield Azteca Market differs from these. While it is another case of a store employee shooting a robber, the manner in which he went about doing so was downright reckless.

Back in March, David Carrillo was shopping in the market when he decided to make a poor choice and attempt to shoplift some items from Mr. Aguilar’s store. Items that equaled only $11. Now this is not to say that stealing is right by any means, but Mr. Aguilar’s reaction was an immense overreaction to the crime that was committed. Again, the importance of reading a situation correctly.

Mr. Aguilar, seeing what Mr. Carrillo had done and now seeing him attempt to leave Mr. Aguilar’s store with the items caused the store owner to pull out his firearm and shoot the shoplifter in the back.

Thankfully for Mr. Carrillo and for Mr. Aguilar’s conscience, the shot did not kill the shoplifter. However, it did cause quite a stir in Bakersfield and began a long legal battle for Mr. Carrillo that has just wrapped up. The verdict? Elias Aguilar has been sentenced to 30 days in jail and 90 days of probation for his actions after he plead no-contest to a charge of assault on a person with force-great bodily injury.

We as gun owners need a sense of duty to ensure the safety of ourselves and those around us from threats. We are seen as having a greater power than others with the piece we keep in our holster, but in the words of a very wise man who himself became a tragic victim of criminality, “with great power comes great responsibility” and that responsibility is vigilance and knowing when a situation calls for our great power to be used.

What do you think of this story? Do you agree with the decision that the court made on Mr. Aguilar? Do you believe that this situation needed a gun used in the first place? Let us know what you think in the comments below.