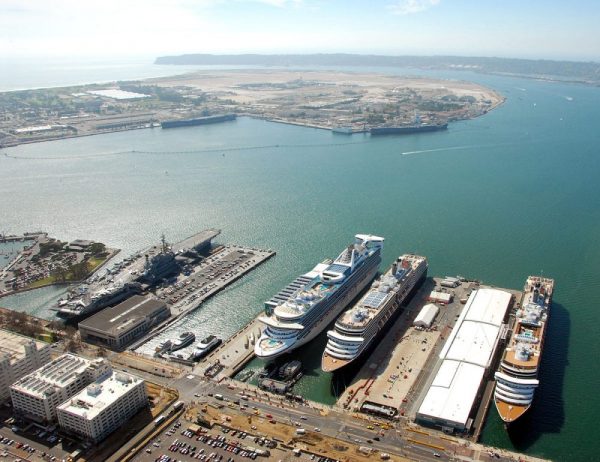 September 4th, 2018, a man was shot and killed while attempting to steal a yacht worth $1.8 million in National City CA, near San Diego’s South Bay with the owner and his wife still on board.

At around 4 a.m. 40-year-old Casey Ryan boarded the yacht after releasing the mooring lines and setting the yacht adrift. Ryan then attempted to start the boat’s engines.

But every time he did, the boat’s owner turned the them off again from below.

As the boat drifted it collided with other boats moored in the harbor. Stymied in his attempts to steal the yacht, Ryan then tried to gain access to the interior through the sliding glass doors

When that failed, the small-time pirate eventually found his way through an escape hatch.

Ryan then attacked the 63-year-old owner giving the man minor injuries. After a brief struggle, the owner fired on his attacker 4 times, killing him.

Witnesses say they heard the gun fire and then the owner calling for help saying, “I had to shoot! He was trying to steal my boat with me on it!”

The boat owner was taken to the hospital and treated for minor injuries, but his wife was unharmed.

Casey Ryan was trying to steal the boat of Michael Llamas, a medical marijuana entrepreneur.

Police say Lamas was traveling at a high rate of speed when he lost control, hit a curb, palm tree, and ornamental anchor.

Llamas left the yacht, christened the Sea Weed, to his parents, who stayed at the boat off and on while trying to sell the vessel. One of the nights they decided to stay on the yacht was the one Ryan decided to steal the boat.

What do you think of this strange event? Leave a comment below to let us know.