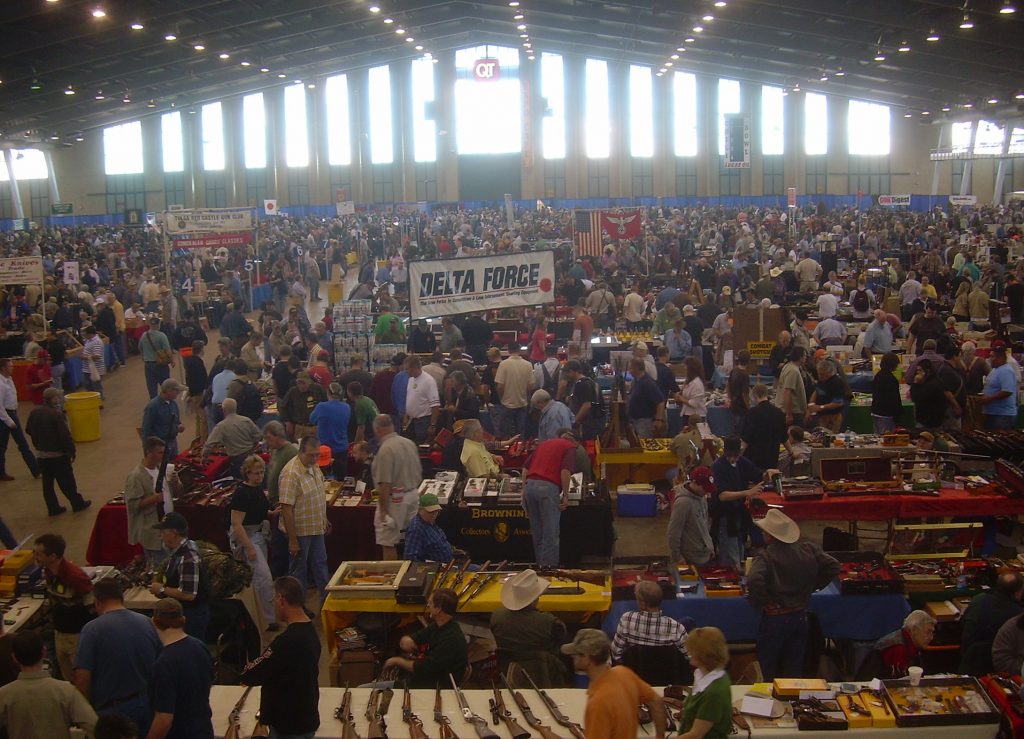 Crossroads of the West Gun Show held its last event at the Delmar Fair Grounds near San Diego this year.

The show had been held in the fair grounds for 30 years, but the board in charge of the event center voted in September to stop allowing gun shows to operate at the venue next year.

The Board decided to review the policies pertaining to firearms for one year, after which time, the decision could be made to allow gun shows to once again operate.

But not if Rose Ann Sharpe, the leader of neveragainca.org, a group of residents who pushed for the gun show ban, has anything to say about it.

“… “I’m feeling that the community has come together and made a statement,” She said, “That the proliferation and sale of guns and ammunition does not belong on public property.”

Support for the ban came from the Governor of California himself, Gavin Newsom, who also requested of the Board they remove Gun Shows from the Event Calendar.

Opposition to the Gun Show Ban say they are being targeted unfairly and will not allow the restriction from using public land to affect the continuation of their 2nd Amendment Rights.

“It’s just a matter of time before they kick all gun shows off public land,” Shwartz said, “What we’re going to do is find a new location on private property, and we’re going to make sure that the gun show continues, and that it’s bigger and better.”

What do you think about this ban on gun shows in California? Leave us a comment below to let us know.