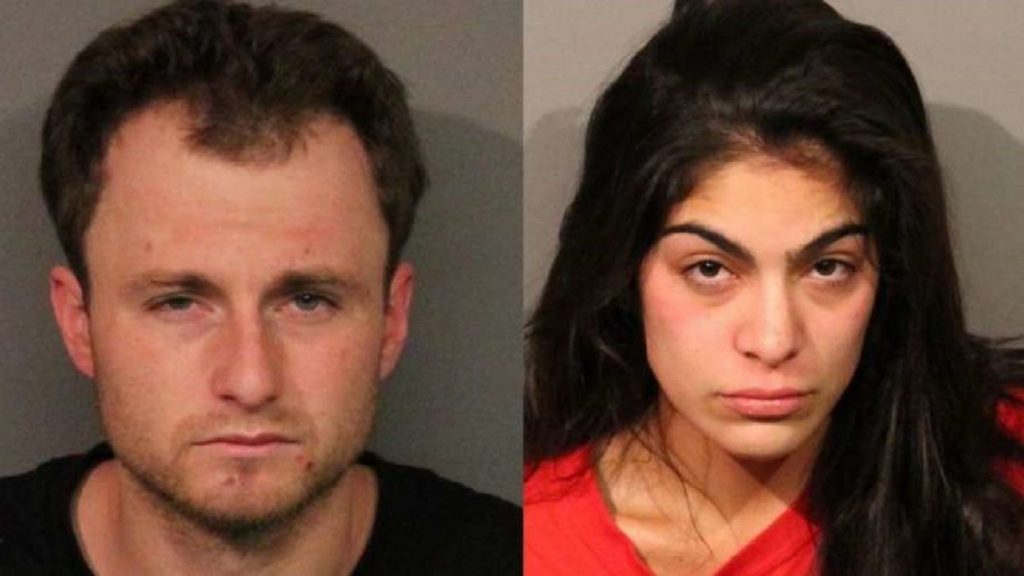 According to Placer County Sheriff’s Lt. Andrew Scott, a man and a woman were spotted shoplifting from a Loomis Raley’s grocery store at around 8:25 Wednesday evening.

“When they left, (the guard) confronted them in the parking lot. There was an altercation where the suspect pulled a knife out,” Lt. Andrew Scott said.

25-year-old Smith and the unidentified security guard began to fight when Smith pulled out a knife and attempted to stab the guard.

The guard, fighting for his life, was able to knock the knife away where it landed on the ground nearby, right next to Smith’s accomplice, 23-year-old Elizabeth Almand.

While Smith and the guard fought on the ground, Smith yelled to Almand to help.

“The male suspect (Smith) told the female suspect (Almand) to stab the victim,” Lt. Scott said. “She walked over and picked up the knife and was moving toward the victim.”

Suddenly, an armed citizen arrived, drawing his pistol and confronting Almand as she moved in on the fight.

“He had a concealed weapons permit,” Lt. Scott said. “He had a firearm on his person. He drew the firearm and told the female suspect to drop the knife.”

Almand quickly did so, and soon Placer County Deputies arrived on scene and arrested the two shoplifters.

Officers discovered Smith and Almand had been willing to kill the security guard over 3 bottles of “half and half” alcoholic beverages and a DVD, totaling around $50, which would have meant only a simple misdemeanor charge.

“That’s what you have it (a firearm) for, you have it to protect yourself first of all and others around you and I think that’s an amazing example of why we should have that (Right to Bear Arms).” David Cuneo, a shopper of Raley’s told KCRA3 when asked about the incident.

What do you think of this armed defender stepping in to protect the guard? Leave us a comment below to let us know.

Click here for a free eBook about Concealed Carry Law, Permits, and Community.