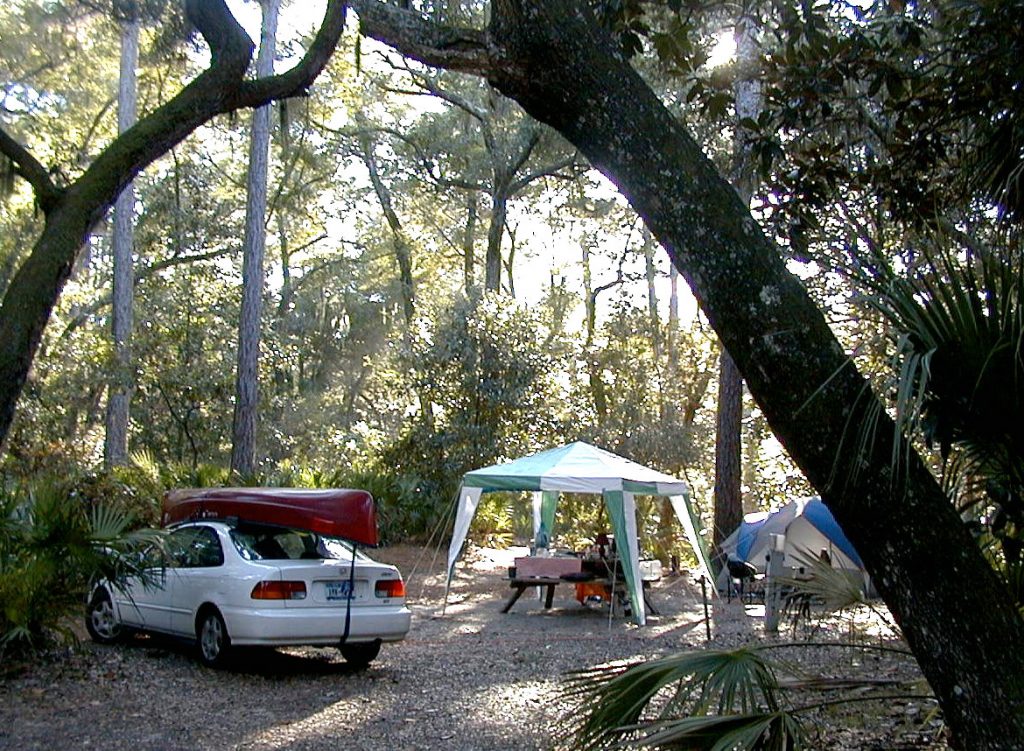 Tuolumne County, California – Deputies with the Tuolumne County Sheriff’s Office (TCSO) were called out to Deadman’s Campground in Stanislaus National Forrest to a report of a possible shooting at around 2 a.m. Tuesday morning.

When they arrived, deputies found a man dead inside the tent of a couple who said they have no idea who he is. The man was shot after he entered the couple’s tent at around 2 a.m. The woman awakened with the strange 36-year-old man from Watsonville on top of her.

The woman’s scream woke up her boyfriend and the intruder was killed in the altercation that followed.

According to TCSO’s statement on Facebook about the shooting:

The Sheriff’s Office goes on to say that the intruders name has been withheld until his family has been notified and the investigation is complete.

Deputies have so far declined to press charges against the couple and report both have been cooperating with investigators.

Taking a gun with you when exploring the great outdoors is a must for a lot of people. Not only is there the potential for confrontation with wild animals like this attack by a rabid fox in Georgia, and this black bear stalking a small child in Colorado, but also 2 legged predators as we can see from this encounter.

A quality holster from a company like L.A.G. Tactical makes sure your pistol is secure but readily available when you need it.

Do you choose to carry when hiking or camping? What is your choice for a defensive weapon? Let me know in the comments below.