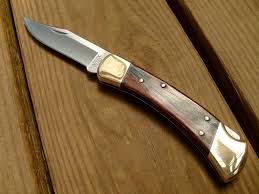 Merced County, California – An argument at a party turned lethal after one friend shot another friend who pulled a knife.

According to Merced County Sheriff’s Office (MCSO) a party was taking place at a ranch on Green House Rd. Saturday night, when an intoxicated Mario Quinonez got into an argument with a woman at the get-together.

“They were having some sort of party at the location when things went sideways,” Deputy Daryl Allen said.

Another male came to the defense of the woman when the 48-year-old Quinonez pulled a knife and began slashing.

“He cut a couple of people, and at some point, or another, one of the subjects who was assaulted with the knife pulled out a gun to defend himself and ended up shooting the decedent,” said Allen.

Quinonez was quickly loaded into a car by his friends who drove the wounded man closer to the highway where medical personnel were heading to meet them near Bert Crane Road.

“I know the paramedics worked on him for several minutes. I think it was close to 45 minutes they were trying to help this man, but he ended up succumbing to his inures in that location,”

Allen went on to say that everyone at the party was friends with Quinonez, including the man who shot him, and everyone involved is impacted by the event.

No arrests have been made against the unidentified shooter as Deputy Allen said this appears to be a case of self-defense.

Even if it is ruled that you fired your gun in self-defense, unexpected legal fees can add stress to an already very stressful time.

Self-defense insurance helps to reduce that stress by providing crucial financial assistance to ensure you get a fair shake in court. And CCW Safe offers some of the best.