Join Our Newsletter
Shop Our Store
MAIN MENUMAIN MENU
By Matthew Maruster on December 27, 2021 in News 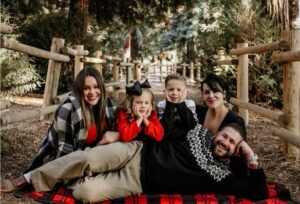 Joey Casias with his wife, Veronica, and their children, Hope, Zoey, and Joey Jr. Joey Casillas, 38, of Covina, was fatally shot Dec. 21, 2021, in Covina after a suspected thief opened fire at several residents during a confrontation. (Photo courtesy of the Casias family)

Quite often, we editorialize tragic stories, not to sensationalize them. Instead, in these stories, I hope that the real-life examples teach or remind us that our actions, or failing to act, have consequences.

To understand the weight of what happened, put yourself in the shoes of one of the surviving family members.

Imagine it’s only a couple of days before Christmas. You go to tuck your child into bed. Instead of hearing your child express their excitement of Santa Claus’ eminent arrival, they say this: 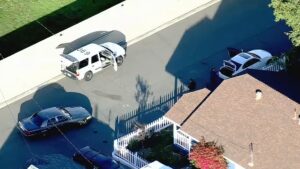 Police said Joey Casias was shot dead in the 1800 block of East Covina Blvd. in Covina, a city about 22 miles east of Los Angeles, on Tuesday night. (FOX11 KTTV)

A couple of days before Christmas in the California City of Covina, the incident occurs. Covina is a small city of about 50,000, about 30 minutes North of Los Angeles.

According to news and police reporting, 38-year-old Joey Casias, his wife, and three children returned home from a family Christmas shopping outing. When they arrived, someone told Joey that two teenagers in the neighborhood were looking for an unknown individual who they saw breaking into a vehicle in the area. One of the two teenagers was on the phone with the police.

Joey didn’t want the teenagers to go alone, so he went with them as they searched the neighborhood.

The group eventually finds the suspect, later identified as serial dirt-bag Trevor Thompson. The exact details of the interaction are unknown. However, we know that Thompson shoots Casias with a handgun, then flees the area.

Casias died on the scene from the gunshot injury. 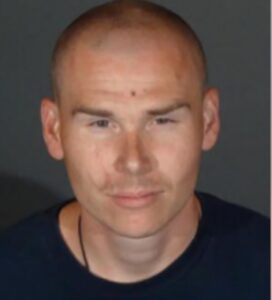 Police identified the suspect and took him into custody the following day after a brief standoff. A records check showed Thompson is far from new at being an evil human being.

Thompson has a lengthy criminal record and was a “second-striker.” The term refers to someone convicted of particular (typically violent) felony crimes. The strikes enhanced sentencing and affected parole and probation terms and conditions.

Thompson was a second-striker when he served time for a “false imprisonment with violence” case. California Department of Corrections and Rehabilitation released Thompson on June 20, 2020. Why was Thompson on the street and not in prison?

In 2011 California passed AB 109 and AB 117, which addressed prison overcrowding by releasing tens of thousands of “non-violent” inmates. This law allowed self-righteous politicians and those living in the gated communities in California reason to pat themselves on the back for their display of compassion.

The state created Post-Release Community Supervision (PRCS). Casias’ killer was on the street because of PRCS. Every non-biased study of AB 109 and AB 117 documents the predictably devastating consequences of letting criminals run amok.

Then look at this story from April of this year, reporting how California reduced its inmate population to address, you guessed it, prison overcrowding. Essentially, they kicked 76,000 inmates out with minimal supervision. 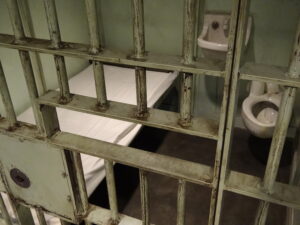 Every day we see tragic stories like this. Unfortunately, it’s a result of living in a world ruled by sin.

But from the sound of it, Joey Casias was a loving husband, father, son, and neighbor. His desire to help seems to be the motivation for looking for the car burglar.

Let us pause again and reflect on our mindset. What are we willing to get involved in, and where do we draw the line. Do we have a realistic understanding of our abilities and capabilities? Do we understand the real risk of involving ourselves in incidents? Have we thought about our family and what they would do if someone killed us? And do you have a clear understanding of your eternal future?

Joey was a good guy, doing a noble thing. But I know all involved wished he would have told the teens to stay with him and remain on the phone with police rather than proceed to look for the suspect. If nobody’s life is at immediate risk, let the police do their job. I know it feels like a loss when some criminal gets away with something. Inevitably they will get caught.

But again, unless life is at stake, please resist the urge to follow. Do it for your safety and those who love you.

Please consider helping the family through their Go Fund Me page 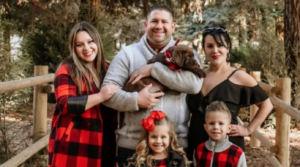 One Response to Covina, CA-Tragic Christmas Death of Joey Casias