Californians who want an everyday carry (EDC) handgun have fewer options than most other Americans. So let’s navigate the California Roster of Certified Handguns and find the best 3 choices for concealed carry. 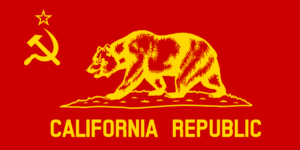 California lawmakers boost on saying California has the strictest gun laws of any state in the country. What non-Californians may not know is that in addition to magazine capacity limitations, waiting periods, background checks for ammunition, and a host of other gun control, the state also restricts which models of guns the subjects of the state may purchase.

In 2001, California enacted laws that created a roster of guns certified for sale by the California Department of Justice (DOJ). That roster currently consists of 804 different handgun models. So with 804 handguns to choose from, what’s the problem with selecting a suitable gun for everyday carry (EDC)?

Here is how the California DOJ summarizes the law:

No handgun may be manufactured within California, imported into California for sale, lent, given, kept for sale, or offered/exposed for sale unless that handgun model has passed firing, safety, and drop tests and is certified for sale in California by the Department of Justice. Private party transfers, curio/relic handguns, certain single-action revolvers, and pawn/consignment returns are exempt from this requirement. 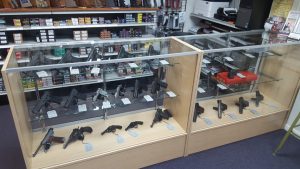 Owning an off-roster gun in California —

You may have noticed it mentioned some exemptions to the rule. This exemption is because you can own guns, not on the roster. You can’t have them shipped to California, manufacturers can’t make them in the state, and if you own one and move to the state, you must register it with the California DOJ.

Here is an expert from a post explaining a bit more about owning an “off-roster” gun in California:

Some of the most popular handguns for concealed carry, such as the Sig Sauer P365, aren’t on the list. The odds are remote, but you may be able to find a Californian who owns one. Things that are rare fetch higher prices, and people are not usually willing to part with them.

If you find someone willing to conduct a private party sale and pay the premium, a person with a Federal Firearms License (FFL) can complete the transfer. You will still need to wait 10 days, complete California DOJ paperwork, and pay an additional fee to the government, But you could be the proud owner of your very own used Sig P365.

Finding the best gun for concealed carry allowed in California —

Unfortunately, the truth is, there aren’t 804 different types of guns on the list. This is because each variant, even if it’s a different finish or color, is counted in the total.

Also, the extensive testing process and a yearly fee of $200 per gun keep options from some smaller manufacturers off the list.

We don’t have much to work with, but here are my top 3 guns for my friends in California.

You’ll notice that you can’t own a 4th or 5th generation Glock handgun in California. However, all’s not lost; you can still purchase the tried and true Gen 3. The Glock 19 is the standard for striker-fired concealed carry handguns. Even though Californians can’t use the 15 round magazines, the size of the Glock 19 is suitable for concealment while providing grip space and a balanced feel. 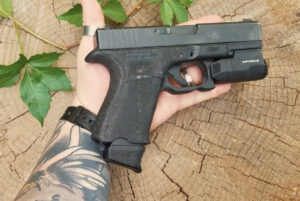 The M&P Shield was an extremely popular sub-compact handgun for concealed carry before Sig released the P365 with higher capacity. The Shield’s 10 round capacity is perfect for Californians who live under magazine capacity limitations. 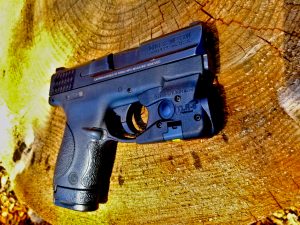 The J-Frame 638 revolver in .38 SPL+P from Smith & Wesson is a fantastic EDC concealed carry option for Californians who want a revolver. The 638 is aluminum framed and purpose-built for concealed carry. You can find them with three different hammer styles: internal, shrouded, and external. 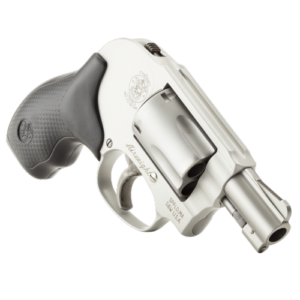 So those are my top three recommendations for concealed carriers in California. California may add new guns to the list in the future, but that does not seem to be the trend. We don’t see new guns making it to the list, great options like the Sig Sauer P365 and P320, Glock 48 and 43X, M&P Shield 2.o, Springfield Hellcat, Walther PDP Compact, and many others.